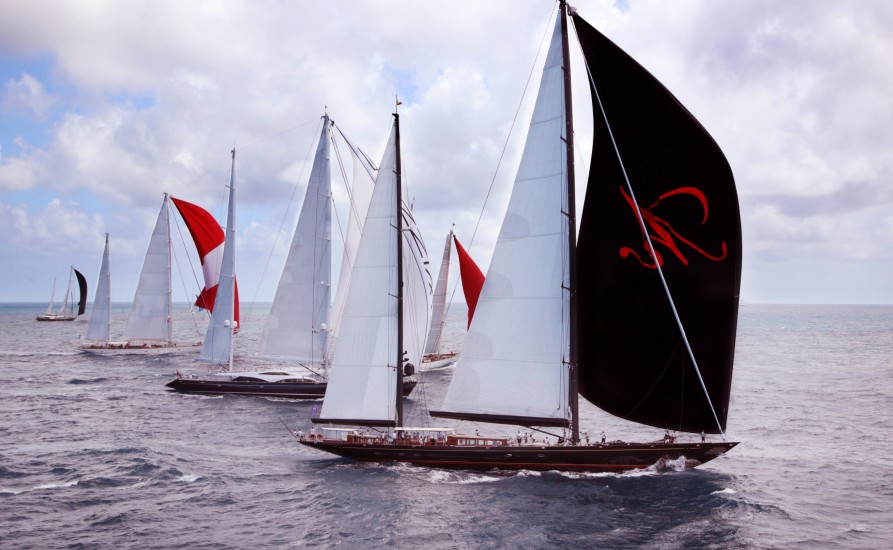 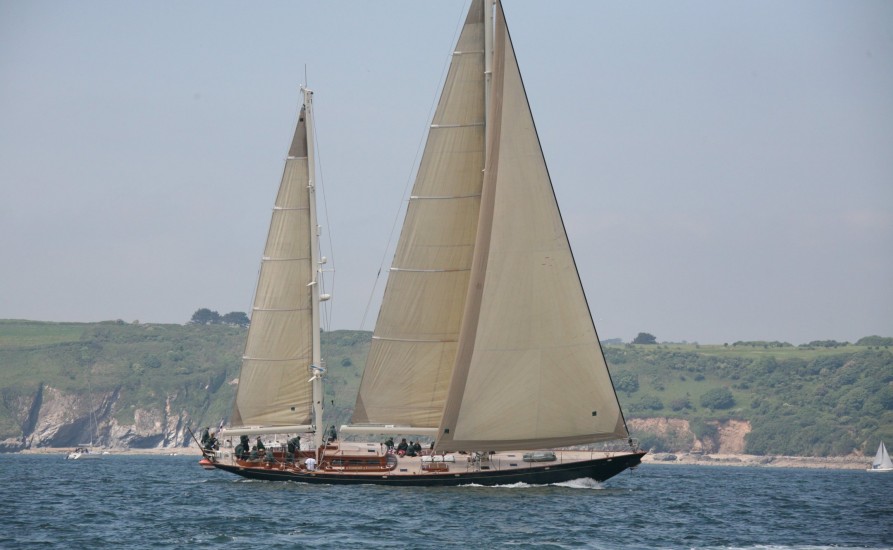 It has been an exceptional first half of the year on the results board of Hoek Design yachts, showing the world that their extraordinary performance belies their classic looks.

With Marie winning the St Barth’s Bucket in March, the 180’ ketch raced exceptionally well against a fleet of 38 of the finest super yachts in the world with a tantalizingly close finish to secure the overall title. The coveted ‘Bucket’ was hard fought by the owner and crew of Marie, which included Hoek Design’s Ruurt Meulemans, with a 1st, 3rd and 2nd in what were near perfect conditions. Her sister ship Adele also finished with an impressive overall 3rd place in her class.

This was followed by an unprecedented straight win victory for the Hoek Design J-Class Lionheart in the inaugural Menorca Maxi Trophy in Mahon at the end of May. Despite Lionheart’s unbeatable score sheet, there was yet more close racing for the Js on the final day but Lionheart held off Ranger and Hanuman once again, crossing the line to take their fifth successive victory of the series and secure the event with a perfect score line.

At the prize giving the owner of Lionheart said ‘We’ve had the most magnificent sailing we’ve ever had. What a beautiful place, what a beautiful island, what kindness and hospitality we’ve encountered – it has really been a fantastic event. I’d like to thank the race committee, and of course everybody who helped organise this event on behalf of everyone in the J Class.’

Lionheart will line up against Hanuman, Ranger, Rainbow and Velsheda in what is sure to be another spectacular four days of racing at The Superyacht Cup in Palma on the 18th – 21st June.

Finally, the gorgeous Cornish coast provided the backdrop last week for what proved to be the most closely contested Pendennis Cup yet, with once again a Hoek Design yacht defeating the fleet.

The Truly Classic 85 Velacarina claimed the title after a closely fought regatta, finishing less than 30 seconds ahead on day 3, and with only 2 points separating Velacarina and Christopher, it was all to play for on the final day. After a delayed start, gusts of 12-14 knots combined with a shortened course created exciting close-quarters racing, but it was to be Velacarina’s race, maintaining her lead throughout and storming first over the finish line to take the 2014 Pendennis Cup trophy.

It has been an exceptional first half of the year on the results board of Hoek Design yachts, showing the world that their extraordinary performance belies their classic looks.

After a tantalizingly close finish on day 3 of the 2014 St Barth’s Bucket, the 180ft Hoek Design ketch Marie secured her victory to win not only the ‘Elegantes’ class but also to take overall honours.

The Hoek Design fleet was well represented at this year’s Superyacht Cup with 6 yachts joining the event.