Andre graduated in Naval Architecture in 1980 and first gained working experience in the design office of C&C yachts in Canada for a year. Engineering expertise was gathered during a six-year period as salvage and heavy lift engineer for ITC, a company specialised in the transportation of offshore drilling rigs over the oceans on submersible ships and barges.
It was during this time that Andre followed an MBA with a marketing specialisation, and the foundations of the present Hoek Design office were also laid. While Hoek Design officially opened its boards in 1986, the six years prior to this saw a great deal of design work being carried out on specialised Dutch traditional Lemsteraak yachts, especially in the optimisation of their performance.

Andre was raised in a sailing family and was helming small dinghies from the age of five. This was later followed by racing in FJ’s, 470s and the well-known Dutch traditional leeboard sailing craft called ‘Skûtsjes’ and “Lemsteraken”. He became Dutch ‘Skûtsjesilen’ champion in 1986, various Dutch “Lemsteraken” champion as helmsman and tactician on several yachts, Dutch IMS 3 champion in 1994 and has successfully raced one-tonners and IMS 40s.
Andre remains an enthusiastic sailor, cruising long distances with his family every year. He also gained invaluable knowhow by joining the 180 ft ketch Adele on trips to the Arctic, Antarctic and The Pacific and has been part of the race crew on board superyachts such as Adele, Marie, Eleonora and Lionheart. 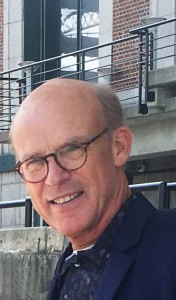